Frankie Valli and The Four Seasons – Jersey Seasons Recently, the Broadway musical Jersey Boys became an international hit and brought attention to the hits from the 1960s especially The Four Seasons. Twenty-two year old Gavan Rousseau expresses the vocal quality of a young Frankie Valli that is reminiscent of his appearance on the [...] 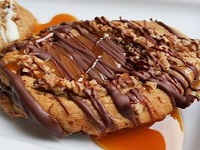