This event has passed.

The Phobia Project at the Capitol Theatre is an exhibition by seven local artists each presenting their personal take on some of the one thousand plus phobias that plague today’s anxiety ridden world. 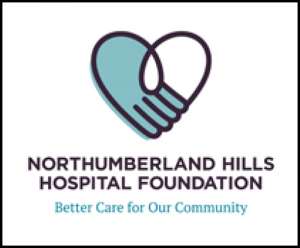 The opening reception for The Phobia Project will be at the Capitol Theatre from 5 pm to 7 pm on Thursday, February 13th (Those suﬀering from Triskaidekaphobia* may not wish to come on this date but need not fear as they can always choose to come on another for the exhibition will run until March 4th).

GRAY ABRAHAM – started his career working in England for Track Records doing advertising and marketing for such acts as The Who, Jimi Hendrix, Marsha Hunt and Thunderclap Newman. Having finally realized that the 60’s had, in fact ended, he fell into the world of mainstream advertising first in Canada and then around the world.

Over the last 35 years Gray has worked as a creative director/writer/art director on thousands of projects. In Canada he has led creative teams for both Molson and Labatt. He headed the creative team on Castlemain XXXX, Tooheys, and Swan Lager in Australia together with the team on Lion Nathan Breweries in New Zealand. He launched “The Phantom of the Opera” in Toronto for Pepsi, Canada. He developed campaigns for Pepsi International in the US, Canada, Brazil, Italy, Mexico and Australia. He wrote the theme song and lead the creative pitch for the Sydney Olympic Games, conceived and developed “Rock X-posed- Fifty Years of Rock Photography” for Kodak, created the Cannes award-winning John Cleese “Pepsi Free” campaign for PepsiCo, created the international award-winning Spitting Image campaign for “Chiclets”, launched the introduction of Postal Codes for Canada Post, lead the creative team for key sponsor Esso on the launch of Euro-Disney, plus developed the re-launch of the CNE, the re-launch of “Diet Pepsi” and even worked on the re-launch of Pierre Trudeau (!) etc.

Over the years he has also directed many television commercials for clients as diverse as Danskin to Labatt’s. In fact Gray has worked for most of the major advertising agencies and multi-national clients in both package goods and service on all five continents. His last job title in mainstream advertising was “International Vice-President, Creative Director, Multi-National Business Development, J. Walter Thompson Worldwide” a title only his mother could love. He has won over a 100 national and international advertising awards during the course of his career. Today he maintains that he is “in recovery” from advertising but acknowledges that it is a day to day process. As a result he does still dabble in illustration, design, marketing and strategy. He is also a partner in one of the largest Machine Age and Art Deco galleries on the internet. (www.decollect.com)

JEANETTE BREWARD – is a photographer and filmmaker who uses her work to bring light to social issues from an environmentalist and feminist viewpoint. Her work often explores humanity’s relationship with the environments around us, and her still photography frequently draws from the traditions of surrealism. As a photographer, Jeannette strives to create work that is unique and eye-catching, and she uses the photographic frame as a window into another world – one entirely of her own creating.  The images she creates carefully tread the line between what is visible to the human eye in our everyday reality, and what we can only see within our imagination.

Jeannette received her BFA in Photography (Honours) from Ryerson University in 2015 and her MFA in Documentary Media, also from Ryerson University in 2017.  She was awarded the Best in Show award for her photograph “Dreams of Flight” at the 2015 Toronto Time Raiser exhibit.  Her first film, the short doc “60 Seasons” had it’s premiere screening at the 2017 Doc Now Festival in Toronto and has since screened locally in Port Hope and Peterborough Ontario, as well as internationally in Freiburg Germany.

As an accredited member of the EU Caribbean Initiative, John worked on tourism marketing projects in Jamaica, St. Lucia, Barbados, Anguilla and Cuba.

John was a third year instructor at George Brown College in Toronto.  He also taught advertising for two years at Humber College where he was on the board of their Graphics Standards Committee assisting with the development of their creative program.  He has served on the board of the Art Directors Club of Canada and was a judge for the Marketing Awards, ADCT and the Bessies.

John is now retired and living in Warkworth, Ontario.

PAUL GRISSOM – is an award winning advertising writer/art director/creative director, now retired. His work included rebranding the Mood Disorders Association of Ontario as a peer support-based mental health organization with the slogan, “Talk to someone who’s been there”. His work for MDAO, was aimed at de-stigmatizing mental health issues with the radio campaign, “Get a check-up from the neck-up”.

He also co-chaired “Touched by Fire”, a free on-line gallery and annual juried show exclusively for artists with mood disorders, hence the theme: “The art show you have to be crazy to enter”.