A spontaneous celebration of comedy, music, and joy!

Behold! A Holiday Miracle! Seven of Canada’s most daring and hilarious improvisers descend on the Capitol Theatre to bring you a divine evening of script-less holiday merriment… out of thin air.

CHECK OUT THEIR BIOS HERE! 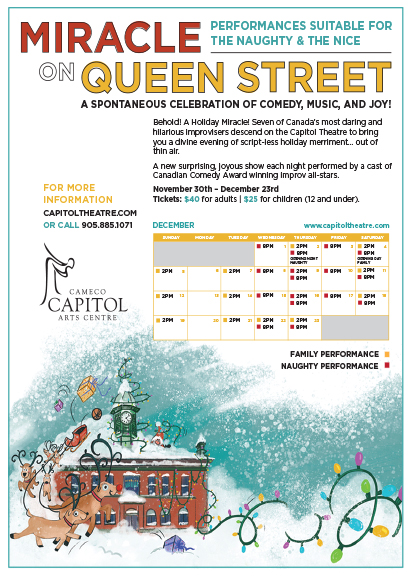